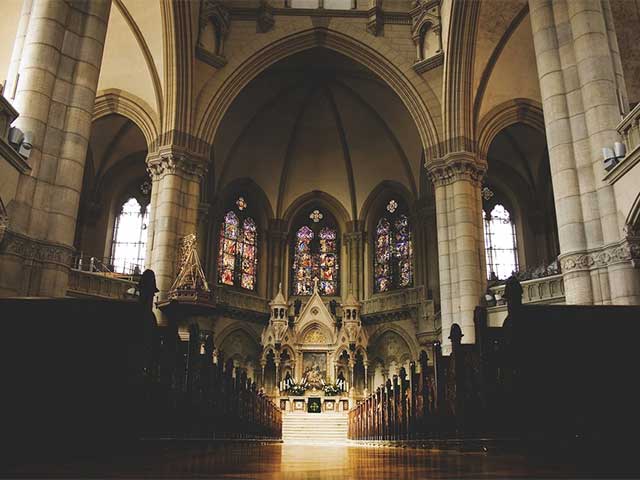 Eastern Orthodox Church—Congregations to the East objected to the church in Rome assuming leadership, and they felt that the person and work of the Holy Spirit was being neglected. Therefore they separated from the Roman Church to form the Eastern Orthodox Church. (“Orthodox” means “straight teaching”).

Lutheran Church—In the early 1500’s Martin Luther transformed the congregations in Germany by teaching that justification is by faith alone. Those churches separated from the Roman Catholic church and became the Church of Germany, which later became known as the Lutheran church.

“Beloved, although I was very eager to write to you about our common salvation, I found it necessary to write appealing to you to contend for the faith that was once for all delivered to the saints.”  (Jude 3)

Are you familiar with the following terms? •  New Hope Presbyterian Church