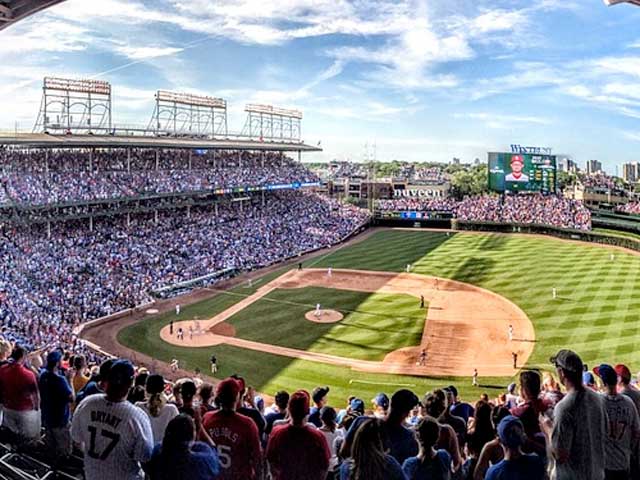 If you are interested in sports, the term substitute might imply “second-best” in your vocabulary. Those who are not included in the starting five for basketball or the starting eleven for soccer are substitutes – probably because they are not the best option the coach has on the roster or have some inadequacy compared to the team MVP.

However, during this Lenten season, we celebrate the biblical truth that the opposite is true: the substitute is marvelously greater than all the rest! For sinners saved by grace, there had to be a substitute – the Lord Jesus Christ – because we had no ability whatsoever to save ourselves.

We can escape situations, locations, and relationships, but we cannot escape ourselves. We cannot run from who we are, what we have done, and what we deserve. Our only hope is that God will move toward us, substitute himself, and do for us what we cannot do for ourselves.

Here are three ways that Jesus was our substitute. After today’s devotional, I encourage you to study the New Testament passages associated with each:

1. Jesus was the substitute for Adam and Eve.

God sent his Son to be the second Adam. He would face the temptations that Adam faced, but he would not fall. He would obey perfectly where Adam disobeyed, and he would willingly take on himself Adam’s punishment.

The second Adam would die in Adam’s and his descendants’ place. He would meet God’s moral requirement and satisfy his anger, and in so doing, he would open the way again for us to have an eternal relationship with God.

2. Jesus was the substitute for the animals of sacrifice.

The reason animal after animal had to be sacrificed day after day, in an endlessly bloody scene, was because they were not an adequate payment for the penalty of sin. The animal sacrifices were God’s gracious provision until the coming of the ultimate, final sacrifice of the unblemished Lamb of God, the Lord Jesus Christ.

3. Jesus was the substitute for the Old Testament priests.

For all their dedicated and disciplined sacrificial and intercessory work, the priests were part of an earthbound, temporary, and ultimately ineffective system. Jesus came as the better priest. He was heaven-sent, and his priestly work sufficient.

He was not only the perfect substitute for all those Old Testament priests; he was the sacrifice as well. As the perfect priest, he offered God the perfect, acceptable sacrifice – himself – forever ending any further need for a sacrifice for sin.

If Jesus willingly endured and suffered all he did to be the perfect substitute, would you not be willing to make sacrifices for him? “I appeal to you therefore, brothers, by the mercies of God, to present your bodies as a living sacrifice, holy and acceptable to God” (Romans 12:1).

1. Have you faced temptations that Adam and Eve faced? In what ways have you been equally deceived?

2. Read Isaiah 1:11-17. Are you attempting to please God with “a multitude of sacrifices” or “meaningless offerings”? Since Christ is your substitute sacrifice, what does the Lord require from you instead?

3. Read Isaiah 53:1–12, and meditate on the list of sacrifices Jesus bore for you. What does this do for your heart?

4. Have you given something up temporarily for Lent? How is it going? If not, what worldly sacrifices are the most challenging for you, and why do you think those particular things are so hard for you to give up?

5. In what ways may God be calling you to make permanent sacrifices for him? Are you running from the call of Romans 12:1 in any way?