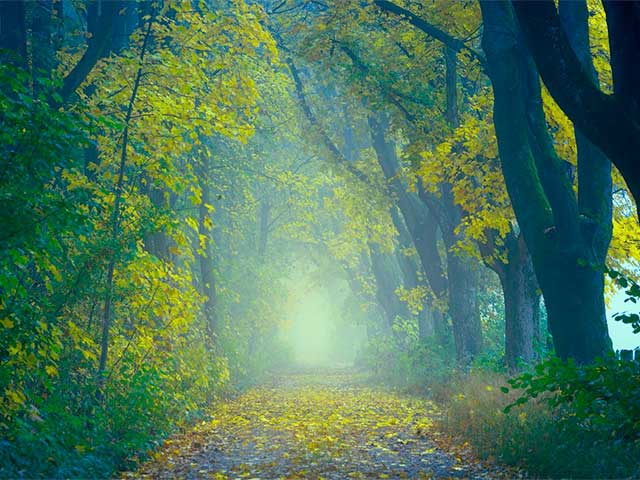 I wrote last week that it is impossible to be a human being created in God’s image and not dream. What exactly do I mean by a dream? Let’s use this definition: A dream is imagination coupled with desire and projected into the future.

Imagination and the ability to cast vision for the future are beautiful and vital gifts from God. Isn’t it captivating to watch a young child create an entire world of make-believe out of nothing? To God be the glory for his creativity and generosity! No other creature in our world can do that.

The ability to dream is also spiritually vital. Though we cannot see, hear, or touch our Maker with our physical senses, we still need to experience our relationship with him. It’s a necessary ability that gets right to the core of who God designed us to be—worshippers—and how God designed us to operate—in communion with him.

Yet, as with most beautiful things God has made, the Fall has made our capacity to dream dangerous. If dreams are powered by desire, then as sinners, our dreams always have the potential to be destructive.

“But each person is tempted when he is lured and enticed by his own desire. Then desire when it has conceived gives birth to sin, and sin when it is fully grown brings forth death.” (James 1:14–15, ESV)

Fred grew up poor, but he knew what hard work looked like. He saw others succeeding, and he wanted to be comfortable like them. He didn’t want his kids to experience his lack growing up. So, in Fred’s dream, even from a young age, he would be very successful in business and purchase a luxurious house in an elite community.

Fred began to play (and replay) the video in his imagination of a string of promotions, the house he would buy, the community they would live in, the vacations his family could afford, and more. The longer he imagined, the more detailed his dreams got. And the more elaborate it got, the more control it began to hold over Fred’s heart.

Before long, Fred’s dream was not just a faint and distant hope for the future. Instead, it became a prized possession. Fred became convinced that life without his dream would be unthinkable and unlivable. As a result, his entire sense of identity, purpose, well-being, contentment, and satisfaction was now directly connected to the realization of that dream.

You could argue that Fred’s original intentions were noble—they were rooted in hard work and providing for his family, both biblical concepts. But a hazardous transition happened: Fred’s imagination had been captured, and was now controlled, by some aspect of the created world.

The great irony is that the closer you get to capturing your dream, the more likely it is that the dream has captured you. Or, in biblical terms, a great exchange has happened: “They exchanged the truth about God for a lie and worshiped and served the creature rather than the Creator” (Romans 1:25).

The ability to project forward and think about where you would like to be is good. Responsible stewardship for the Kingdom of God requires planning, so we must be able to “see” our goals to determine how to reach them.

But be on guard: when fueled by selfish desires, your dreams will compete with God for the rulership of your heart. If left unchecked, your dream will functionally replace God as your source of security and hope.

1. What else besides imagination is unique to human beings, made in the image of God, separating us from the rest of creation? How should this inspire praise and awe of our Creator? How can you practically celebrate these characteristics of Imago Dei?

2. Re-read James 1:14–15. What sinful desires are currently luring you away from the Lord? Don’t be vague; identify with specificity the temptations you are experiencing today. Why are they so enticing?

3. Consider your past sins. What desires did you leave unchecked that were allowed to “give birth” to sin? How did those fully grown sins bring about destruction and even death? Is there anything you still need to confess to others due to these desires and sins?

4. What are some of your current dreams and visions? How can this capacity for imagination be a God-honoring thing? Are these dreams rooted in biblical thinking, and can they be used for God’s glory? How can you amplify these dreams and bring these visions to life?

5. What are some of your current dreams and visions? Is your capacity for imagination being fueled by selfish desire in any way? Is your heart at risk of being captured by any of these dreams? Is it possible that any of these dreams are serving as your functional source of security and hope?