What is the message of Easter? 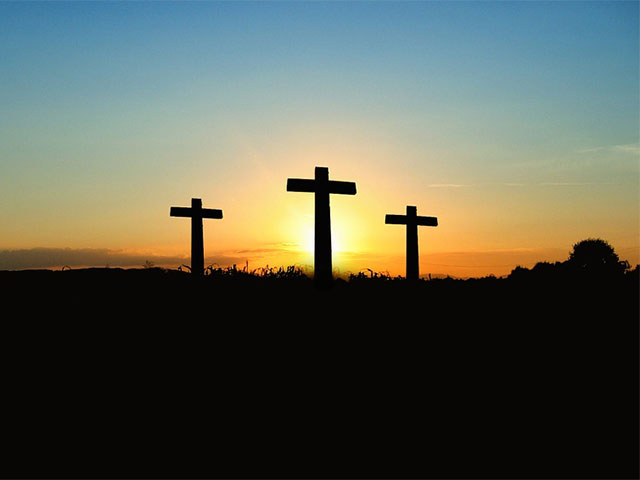 What is the message of Easter?

What is the “Good News” of the Gospel of Jesus Christ?

The good news of Easter is that, as He promised beforehand, Jesus Christ has risen from the dead, as a declaration of His righteousness, and of our righteousness in Him. The resurrection of Christ is proof of His sinlessness, and that His perfect sacrifice on our behalf has been accepted by the Father. The resurrection, therefore, is proof of our pardon; moreover, it is proof of our righteousness in Christ, our acceptance by God, and our adoption into His family. It is a declaration of His and our triumph over sin, death, and hell. The resurrection of Christ—and His subsequent ascension and exaltation—is the single greatest event in history, until He comes again in glory. It is a confirmation of all of the promises of God, that He is Faithful, and that He will carry out His perfect plans for our good and for His glory.

“According to His great mercy, He has caused us to be born again to a living hope through the resurrection of Jesus Christ from the dead…He committed no sin, neither was deceit found in His mouth. When He was reviled, He did not revile in return; when He suffered, He did not threaten, but continued entrusting Himself to Him Who judges justly. He Himself bore our sins in His body on the tree, that we might die to sin and live to righteousness. By His wounds you have been healed.” (1 Peter 1:3; 2:22-24 ESV)

“Christ Jesus, who, though He was in the form of God, did not count equality with God a thing to be grasped, but made Himself nothing, taking the form of a servant, being born in the likeness of men. And being found in human form, He humbled Himself by becoming obedient to the point of death, even death on a cross. Therefore God has highly exalted Him and bestowed on Him the name that is above every name, so that at the name of Jesus every knee should bow, in heaven and on earth and under the earth, and every tongue confess that Jesus Christ is Lord, to the glory of God the Father.” (Philippians 2:5-11 ESV)

What is the message of Easter?  •  New Hope Presbyterian Church