A Deacon’s Role in OPC Disasters Far Away 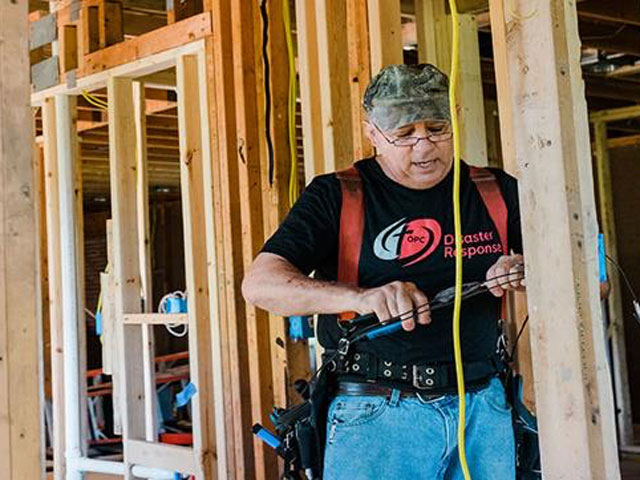 Just a few years ago, the only official disaster response entity in the OPC was at the denominational level.  One of my roles is to serve the denomination as the Disaster Response Coordinator.  In God’s providence, just prior to the 2017 “triple-whammy”—three hurricanes impacting three presbyteries within three weeks—the Committee on Diaconal Ministries had begun to encourage presbytery diaconal committees to take more leadership in the realm of disaster response. After all, aren’t disasters inherently a local or regional event? The move in this direction proved invaluable in enabling these three disaster response efforts to occur simultaneously: Harvey (Houston), Irma (Florida), and Maria (Puerto Rico).

As the OPC’s Disaster Response Coordinator, I have been, more recently, interested in seeing our church take this even one step further. I have been desiring to see local deacons take an active role in owning disaster response, not just those that impact your church locally (which should go without saying), but also those that impact the OPC outside the bounds of your local church. And, you know what? I am so encouraged to see many of you brothers begin to do just that!

As of the writing of this article, we are now a little past the middle of hurricane season (June 1 to November 30). Hurricane Sally is currently threatening the Gulf Coast. Hurricane Laura roared on shore just a little over two weeks ago, deluging the coast and impacting at least one OP congregation from downed trees and power lines. Tropical Storm Isaias was only a few weeks before that, flooding the home of one OP family in Maryland. Beyond hurricanes, wildfires have been raging on the West coast for weeks now and last week consumed the homes of two OPC families in Oregon. The crazy “Derecho” winds stirred up the Midwest recently. Disasters seem to be around us on every side.

It is likely that none of these disasters mentioned has directly affected you. But, for the few affected, the impact is immense. And this is precisely the importance and value of a connected church being organized to minister to one another, such that when one part of the Body suffers the impact of a disaster, the whole Body suffers with it (I Corinthians 12).

Brother deacons, I need each one of you. First, I need the prayers you offer on our behalf. Nothing worthwhile is accomplished outside the prayers of God’s people. Second, I need the offerings you take up for the benefit of others. Assisting someone rebuild their home without FEMA dollars or insurance payouts requires money, and usually a lot of it. Those dollars mostly come through the generous gifts of God’s people. And third, I need the volunteers you send. The need for volunteers seems to be the most difficult piece of the puzzle. Lives are full. Time is short. The need seems so far away. So, would you be willing to take more of an active role in recruiting and sending (yes, sending…pay for their travel) those who could serve disaster response well? I can almost guarantee that they will thank you for the opportunity to participate in the relief of the saints! We welcome volunteers who are both skilled and unskilled, those who can serve long-term and short-term, and those who live close by and come from far away. Please send them!

It is my dream to see more and more deacons actively owning the disaster response efforts of the OPC. The victims of disasters, those who are blessed by the influx of support and gifts, will and do testify to the refreshment of this care and compassion showered upon them. But this is only possible through the generous giving of time, talents, and treasures toward this ministry of mercy.

On August 18, I was concerned because we had been receiving gifts for the Midland Flood Response effort for almost three months and yet had only received $40,000 of the $100,000 we estimated that we would need. In sharing this with you brothers on the OPC Deacons Facebook page, I was so encouraged to see you respond. I believe that this may have been my first direct appeal specifically to deacons to share in a disaster response effort in this way. Brothers, I am happy to report that, now less than one month later, 50% more funding came in, mainly through generous gifts from local diaconates. That fund is now over $61,000! You responded.

See the recent post from our own New Hope Team

A Deacon’s Role in OPC Disasters Far Away